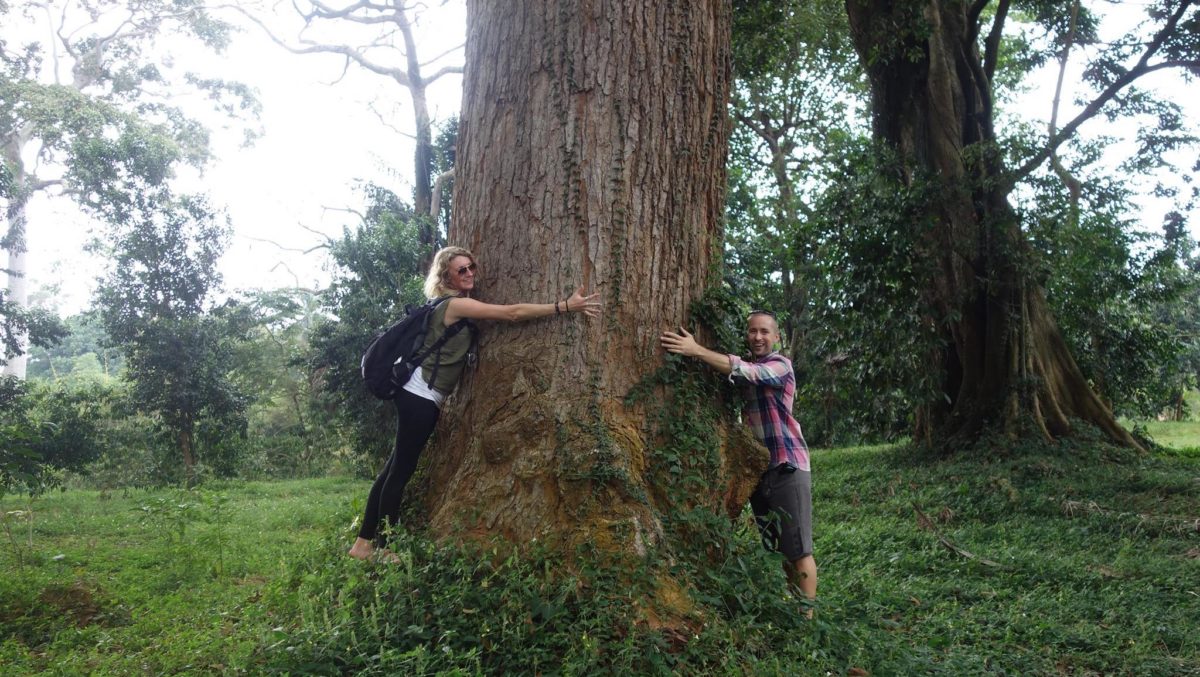 I want to dedicate this Blog post to Thank Michi. First of all, for his trust in me letting my words out on his writing territory. Second and more importantly, for being in my life and being such complementary great “partner in crime”. The crimes I am referring to here are in fact better translated to adventures. The past year has been as thrilling and speedy as a free fall, but in the best possible ways. Within roughly a year, together we have visited eight countries as I started counting from our days in Myanmar last summer. Trekking in Myanmar was followed by motorbike exploration in Laos, jungle camping, volcano climbing and island hopping in Indonesia. As winter came Austria’s alpine world were our home for almost three months. And not more distant than three months ago we met in Nepal where we climbed the Himalayas together. Summer was spent in Finland with a short trip to Sweden and now we just arrived in Uganda. Despite moving ground, I feel I have never experienced such a grounded relationship before.

Yet, the questions people ask makes me feel like we are living in a dream well floating above what is commonly believed to be reality and that our story sometimes awakens suspicion. Who does such a thing? Who has got the time? And most relevantly who has got the money? The answer is courage does such things. Time is ALL you have. And as for money, well nobody can do without, but people forget how much money you tend to use in your daily routines as well. Not have a rent to pay opens the financial freedom enabling phase of nomadic life. I believe money tend to follow dreams when people work hard to make dreams come true.

One of Michi’s dreams was to do ski teaching training and work as a ski instructor. Which, with thirty something takes courage to do, because it implies that you give up your stabilized work life, take the time and even lose out on some money to pursue your dream. That is exactly what happened and as winter kicked in we spent more or less three months cruising around three different idyllic alpine villages in Austria. Places people only visit during expensive holidays became our temporary homes. As it happened I was awaiting a scientific grant to take its start and enjoyed the liberation of an “wherever-my-computer-is” office situation. Fair enough, for me it has never been a question of leaving my job. I am researcher, what I do is collecting data, organizing, reading, thinking and writing. With right practice of self-discipline, I can perform my work from anywhere. In fact, for such a job ideal conditions for productive work is a peaceful and calm environment, which sometimes can be in the middle of nowhere like an Austrian ski village. Isolated in a distant place instead of being hyped up by stressed-out work colleagues in the office can lead to a much higher efficiency in my experience. And I assume this applies for far more work disciplines where success depends on individual creativity. It takes some balls though, to pull it through. First, one must not give a shit about other people’s sometimes skeptical opinions. Second, you must do it – work hard. This is of course easier said than done and a wandering adventurous life comes with its own costs. One of which is the feeling of restlessness and the energy drowning mental wellbeing of being on the move. For many these are the decisive factors to why such a travel intense lifestyle is not their choice. For others, those feelings can be overcome and you learn to zoom in and out between circumstances and there through be at peace everywhere.

Flights are booked, vaccinations are shoot, bags are packed and this time Michi returns the “crime” in following me to Uganda end of summer just in time as others return from vacation and move back into office world. Not only are we heading to a new country but another horizon opens up since none of us have been on the African continent before. We will work together gathering data for my research project at the chimpanzee sanctuary located on Ngamba island in Lake Victoria, Uganda. But why? Is it dangerous? Where will you stay? It is astonishing how the thousand questions can kill the feeling of excitement. Yet all the questions are justified and we are not traveling round and about without having thought it true. Our minds ask ourselves the same kind of questions.

Once again, an inner voice of courage has to remind us – We deserve it, we can do it and we choose to support each other’s “crimes”. To be honest the courage also receives quite a boost from the fact that we are together. Sharing raises the joy of experiencing and encountering new things. For me what it means to have someone equally “criminal” by breaking off from the norm is in fact best described as a partner of freedom. We happen to have the luxury to accompany each other as we live our dreams. We are the lucky ones, yes. But we chose to be.