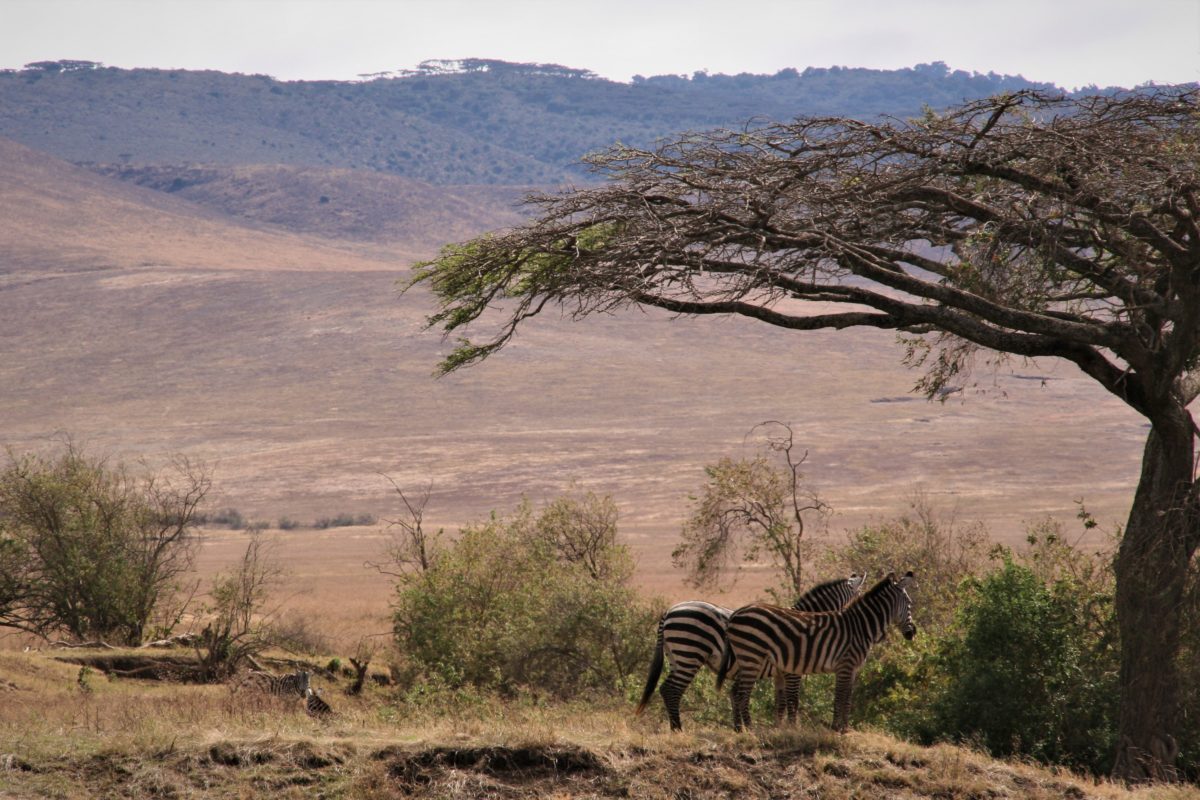 A short time back we just completed a safari in Tanzania. To see African wildlife up close in their natural habitat was a dream both Mike and I shared, so we headed to one of East Africa’s hotspots – The Serengeti National Park. The safari business is huge and so is its price ranges. Basically, you find no upper limits and you could potentially choose to turn your wildlife experience into a five-star jacuzzi vacation by staying in one of the luxury lodges within the national park. As staying truer to both our wallets and travel philosophy we decided for the more adventurous option: 4 nights camping safari. In the end the encounters you will have with the animals is nothing money can influence (or so it seems…).

As most safari seekers in Tanzania our journey started with a pick up at Kilimanjaro International Airport. After spending one night in buzzing Arusha our Jeep was packed and together with four other curious, international, camera loaded travelers, a guide and a cook we headed for an 8 hours’ drive through the dry plains of Tanzania towards the Serengeti national heritage. At first, I was quite surprised how new and in good shape the roads were, at least compared to our prior experiences in Uganda. But as we stopped at the park entrance and witnessed how many cars head for the park daily – I was no longer surprised about the investment in new roads. What was indeed surprising was the number of animals welcoming us into the park just on our very first ride to the camp site: zebras, cheetahs, gnus, giraffes and even a loner elephant on its evening stroll just before sunset. Camp site was well located in the middle of the park with no fences or shelters giving you the right feeling of wild camping, especially since schakals were hanging around just 20 meters behind the toilet building. A very well prepared and diverse dinner, and all other meals for that matter, pimped up the camping level to open air culinary pleasure.

Rising the following morning with the sun, we almost left that second cup of coffee to take off as early as possible for the morning game drive. As we got going through the park with our open roof jeep in just a perfect mix of clouds and sunshine it became very soon clear that the “wow-feeling” of seeing Zebras was so “Yesterday”. They were literally everywhere! Having said that, I mean nothing neglecting towards zebras, as you get closer to them, the more stripes you see the more addicted you become and in fact they are some of the most fascinating creatures. What now felt increasingly impressive were the wide-open grasslands and savannah landscapes offering a real-life discovery channel feeling. Not to mention the urge to sing “Hakuna Matata” which had dominated our trip ever since we spotted our first “Pumba”.

Every now and then in the middle of the vast grasslands we would pass a pile of “Kopje-Rocks” – a set of stone cliffs where resting lions became a normal sight. Observing these it becomes very clear where the idea of “Pride-Rock” in Lion King was born. As Serengeti is home to the densest lion population in Africa we accordingly had the privilege to spot the majestic cats close-up during multiple activities: playing, mating, fighting, resting and patrolling around a herd of elephants protecting their calf in the middle. With all glory we were ever so impressed by the King of cats and still equally blown away by the encounters we had with the lonely leopards or the bachelor gang of cheetahs hiding perfectly camouflaged in the golden fields. Beautiful is the only word to describe their gracious moves.

At the same time as I am amazed by their beauty I realize how sad their lives have become. Instead of focusing on the stunning leopard I shortly gaze around us and count the jeeps packed with tourists to be 15. Fifteen big metal cars, partly with running motors and all full of noisy tourist chattering, are standing between this solitary wild cat and its natural habitat. Some jeeps even rolling along following the cat as it moves along a riverside. It hits me there and then, as much as this is a unique moment for all of us admiring this gracious wild cat, this is not a unique moment from the leopard’s perspective. In fact, this represents the ugly truth of its everyday life. Day by day being followed by safari cars as soon as its been spotted on the savannah. As a traveler a safari is an amazing experience, yet I feel quilt and disgust by our exploiting behavior. Despite the guides attempt to answer politely all my questions regarding wildlife disturbance and his attempts to assure us that the animals aren’t affected by the safari activities, I am convinced that it is a big fat lie to feed the tourist industry. I have studied animal behavior all my life and not even that is necessary to realize that all these 15 vehicles clearly block the leopard’s view over the landscape, as it is trying to scan for prey or a place with shadow to rest. Moreover, is it very clear that our car parade is hindering its special options, leaving only one direction open for him to move freely. As leopards are rare to spot in the Serengeti this is all intensified by the viewing of this species, nevertheless same phenomenon is repeated – cars side by side in lines on daily basis for lions, cheetahs and elephants. Inside me it starts to feel like it is all a big show that does not differ that much from a zoo. Is this what wildlife has become, an exhibition for us so that we can post beautiful Instagram photos?

It’s a paradoxical and difficult situation, the animals within Serengeti national park most likely wouldn’t be alive if it wouldn’t be for the safari tourism. Safari is an expensive adventure and most people care more about their checklist of “the big 5” on their bucket list than that of the welfare of the individual animals. This creates pressure on the different tour companies, they have to be able to provide their customers with buffalos, elephants, lions, leopards and Rhinos and much more, just so they can receive an excellent Tripadvisor review and generate more customers, aka more money. Fair enough, population sizes for most species are stable in Serengeti which is a strictly protected area hence this wildlife is still alive, protected and displayable to our amazement.

For me the bad taste of all this peak as we are about to spot our first (and only Rhino). Everyone today know the critical endangered status of Rhinos. Admittingly therefore I am thrilled as our guide stops the jeep and points a kilometer out in the grasslands – a black Rhino. With our binoculars we can spot the silhouette of it, although she is hiding in the grass resting in the burning mid-day sun. As I am zooming in with my binoculars I suddenly detect a green jeep approaching the Rhino on the opposite side of the park. We ask our guide, if there is another road and whether the jeep is heading for a better view. But the answer is rather shocking: No, that are the park guards and they are driving closer to the Rhino so that she will stand up so that far away safari tourists will be able to spot her easily and make their pictures. That’s it I think, I don’t want to spot all wild animals if that means disturbing their lives intentionally. I want the few Rhinos left in the wild to have a peaceful life and foremost to be sure that they are guarded by the park rangers and not being disturbed for a tourist show purpose!

What rights do we have to turn their lives into our money making? Moreover, how sad it is that the last true wild animals on earth must become a circus for human kind, even in their own home. To me it feels like Serengeti is just like any other zoo a show to pleasure of humans and after having taken part in it, I wish more so that I had not and that these animals could live an authentic real wild life without cars lining up next to them every day. I can’t help but wonder what is still wild for our wildlife?