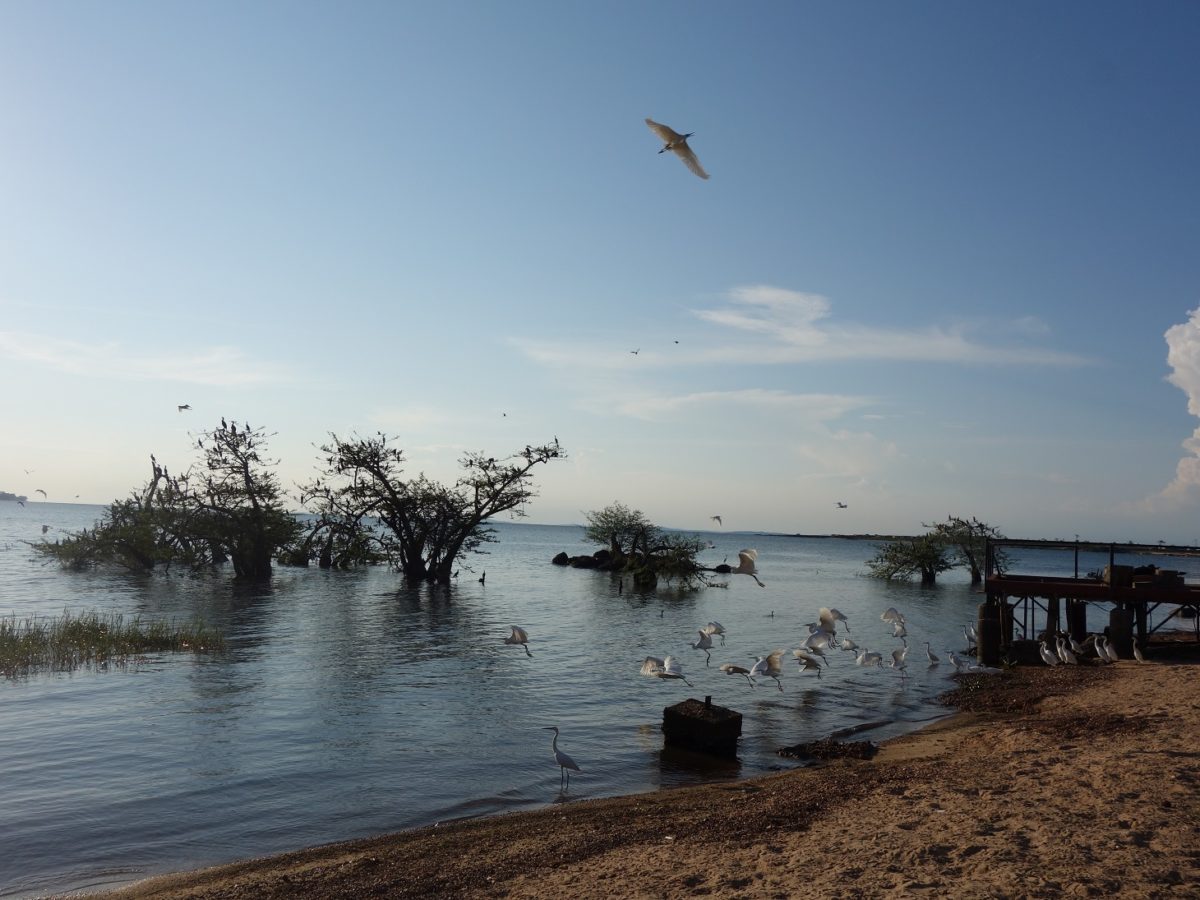 The animals I had in mind when I planned our stay at Ngamba island was clearly the chimpanzees, little did I know that this island is hosting the most exciting bird life consisting of 130 different species. After only a few days on the island we have observed some regular routines of the winged inhabitants. Basically, one never needs a watch here, you can guess the time depending on the birds’ activities.

Early morning when Lake Victoria is mirror blank the black seabirds are cruising close to the water surface scanning for fish to catch. Later, as camp wakes up and people start their activities we have the two pluver birds that just became parents. Initially they had three chicks, but few days back one got preyed on. Not surprisingly, they have chosen to guard their little family in the middle of our walkway to the toilet, causing them panic and they attack with no fear every time one of us are on the way to do our business. Not to mention the terror they go through as soon as camp puppy “Debbie” finds them and interpret their attacks as play mates. Mid-day you are in risk to be hit by one of the hundred swallows taking over on their search for insects and if they don’t hit your head, you surely will step in their feces. Then we have the yellow weaver bird who has transformed two trees right outside our kitchen into a bird version of a skyscraper. The whole tree crows are full of small little bird apartments and paying attention to their detailed entrances, it looks like it is a construction work that is well architected. In fact, extremely fascinating!

As sun starts to set, you are sort of drawn to the waterfront to admire the beautiful view. We are never alone though. This is the time of the day when it looks like the egret birds are having a white-dress-party. All of them gathering, same beach spot, same time, every day. Who can blame them it’s a wonderful sunset to witness. Shortly after as the sky starts to darken comes the first fruit bats flying over the island moving from daytime feeding ground to their sleeping trees on the other side. First a few but within minutes spot on at the same time every night we are still amazingly watching this daily migration of thousands of bats. We have no Netflix here but and amazing nature show.